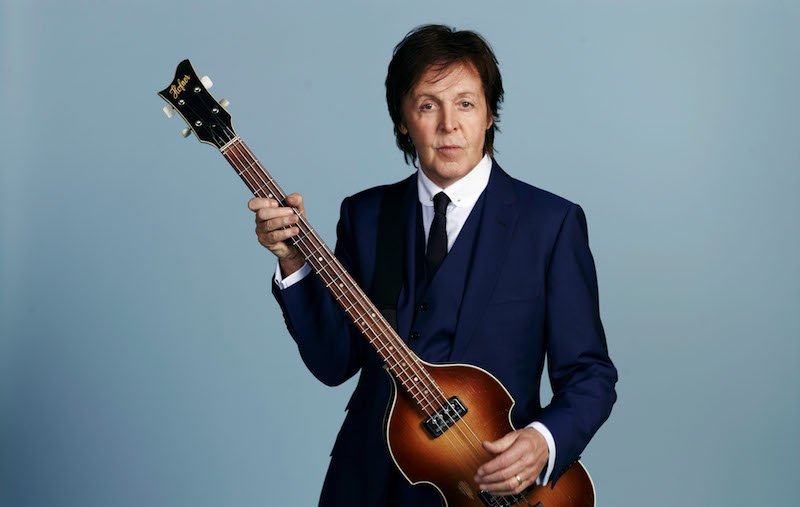 Sir James Paul McCartney is an English singer-songwriter, multi-instrumentalist, and composer. He was born 18 June 1942.   He is the bass guitarist and singer for the rock band the Beatles.

The band was formed in Liverpool in 1960 with members John Lennon, Paul McCartney, George Harrison and Ringo Starr.  They are tagged as the most influential music band in history. The band was influenced by the 1950s rock and roll but later on experimented with several musical styles, ranging from pop ballads and Indian music to psychedelia and hard rock, often incorporating classical elements and unconventional recording techniques in innovative ways. Paul McCartney’s songwriting partnership with John Lennon remains the most successful in history. McCartney is one of the most successful composers and performers of all time.

The group disbanded in 1970, and McCartney pursued a solo career and formed the band Wings with his first wife, Linda, and Denny Laine. Wings’ 1977 release “Mull of Kintyre” is one of the all-time best-selling singles in the UK.  He became 18-time Grammy Award winner, written, or co-written, 32 songs that have reached number one on the Billboard Hot 100, and as of 2009 he had 25.5 million RIAA-certified units in the United States. McCartney, Lennon, George Harrison and Ringo Starr all received appointment as Members of the Order of the British Empire in 1965 and, in 1997, McCartney was knighted for services to music. McCartney is also one of the wealthiest musicians in the world, with an estimated net worth of US$1.2 billion. McCartney has released an extensive catalogue of songs as a solo artist and has composed classical and electronic music.

He has married three times and is the father of five children.


Warning: date() expects parameter 2 to be int, string given in /home/www/seatstubs.com/wp-content/plugins/ova-events-manager/templates/single-event.php on line 403