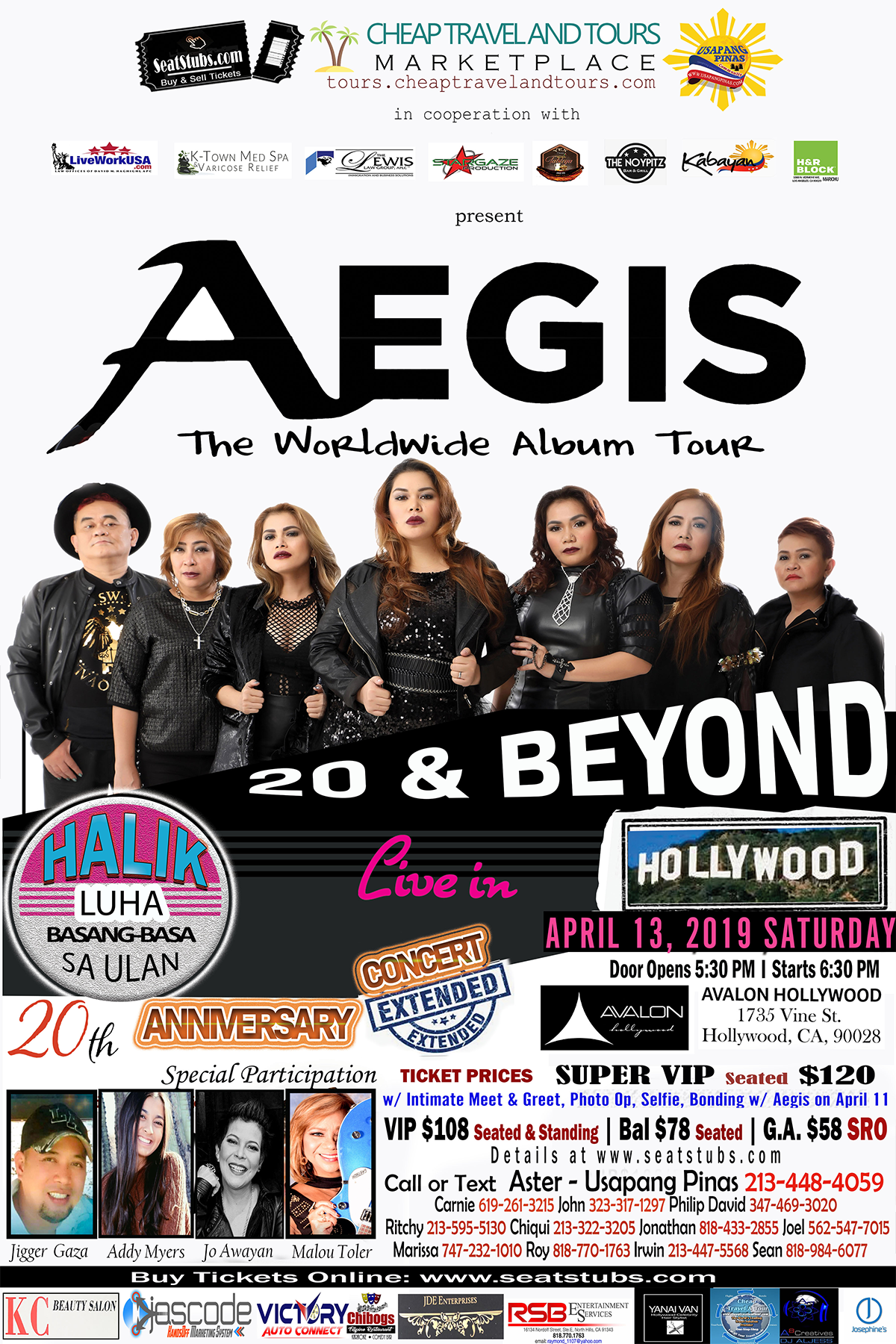 Are you interested in sponsoring the Aegis Band Concert in Hollywood? This is a proposal for a sponsorship opportunity for our upcoming concert entitled “AEGIS, The World Wide Album Tour,” featuring the longest performing band in the Philippines, “The AEGIS Band”. The Los Angeles Concert, which will be held at Avalon Hollywood at the Walk of  Fame, on […]